Welcome to SafariNow. Get off your accommodation booking by paying with the voucher code before .
South Africa/Western Cape/Cape Town Accommodation 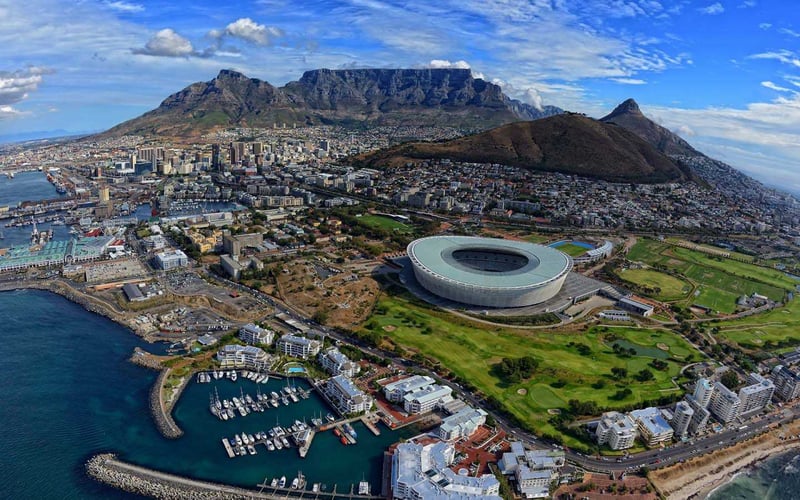 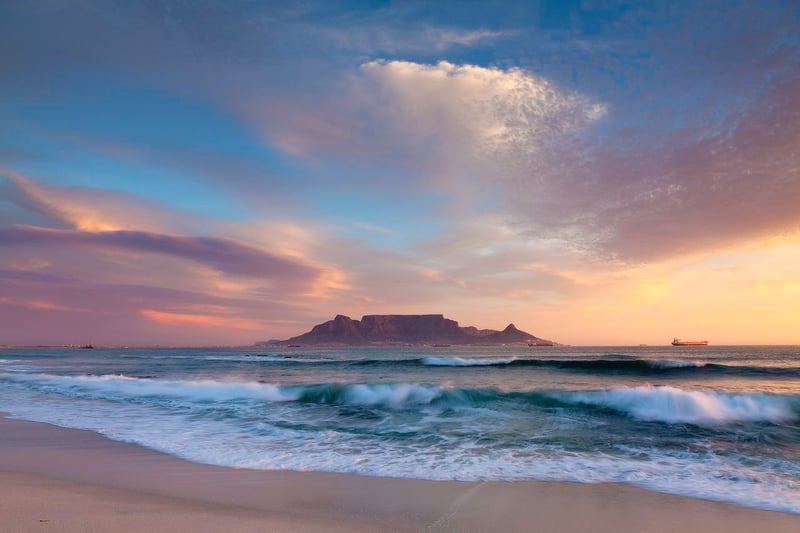 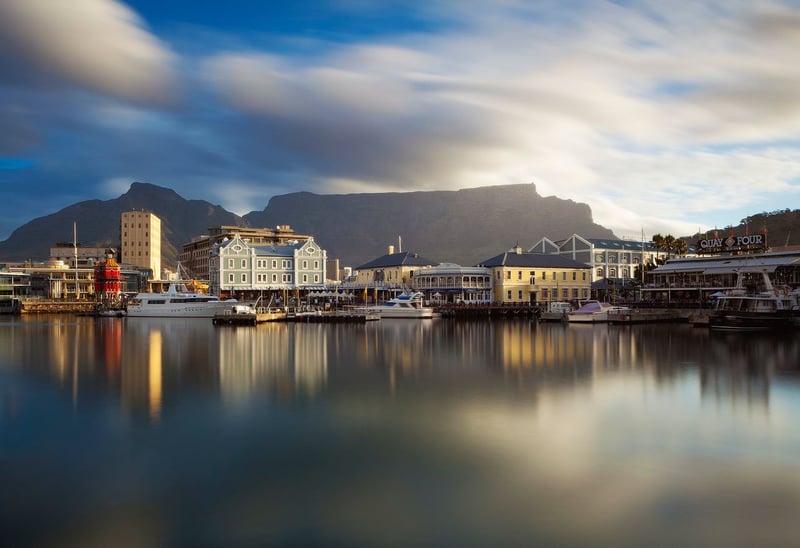 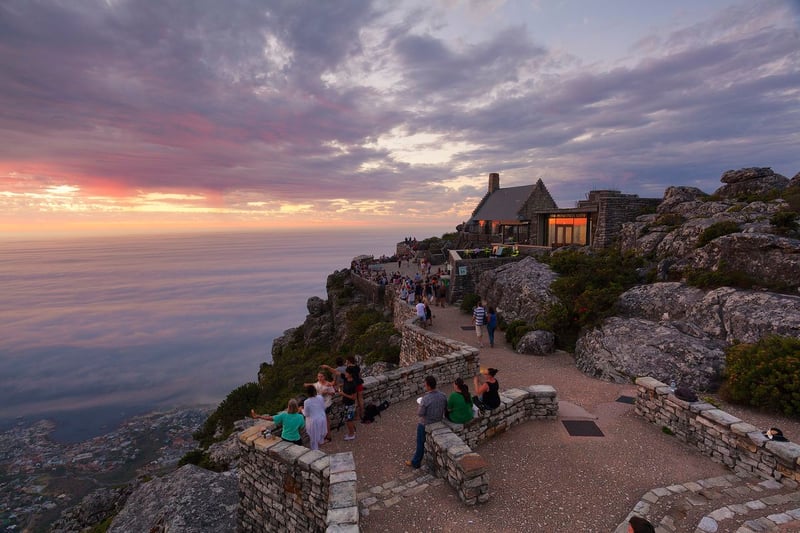 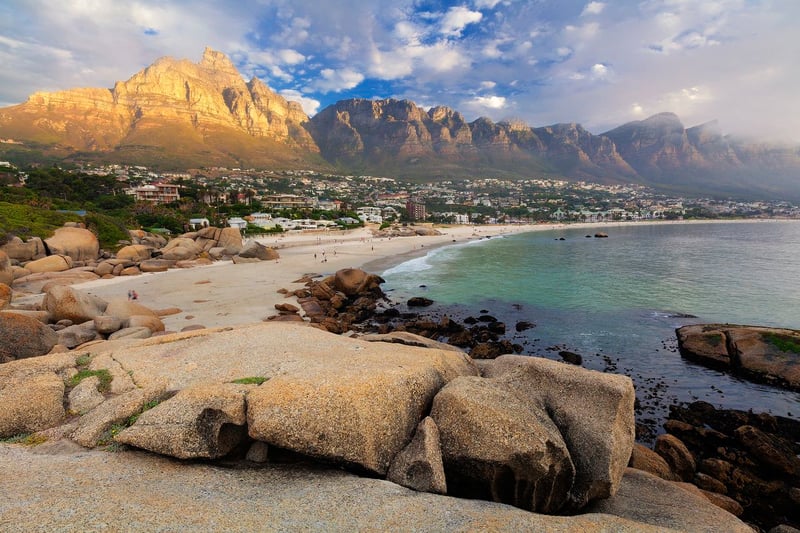 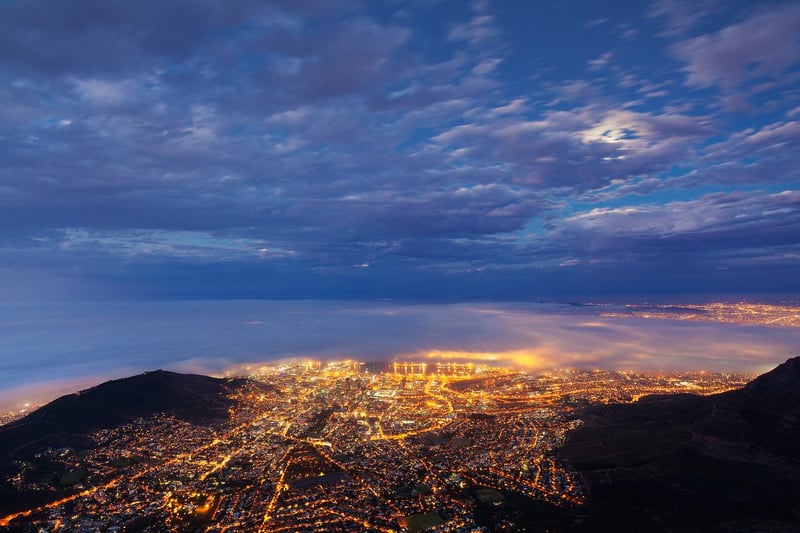 Voted Favourite Foreign City by the UK Telegraph, Cape Town is one of the places you just have to visit before you die. It's an awesome city. All the vibe you want - great parties, great shopping and loads of galleries and other cultural attractions can't detract from the fact that what makes Cape Town special is the fact that it is set in one of the most beautiful places on earth. Even Sir Francis Drake, who'd pretty much seen it all, called Cape Point the 'fairest cape in all the circumference of the world'. It's a needle-sharp promontory, which - contrary to marketing hype - does not divide the Indian Ocean from the Atlantic. But Capetonians claim it does and you can often see a line of foam heading straight out from the point - possibly all the way to Antarctica - which certainly divides the False Bay Coastline on the east from the Atlantic Seaboard on the west.

And the Peninsula Mountain Chain forms a high-lying spine all the way from Cape Point to Table Mountain above the city. Most of this high lying ground is part of the Table Mountain National Park, which also includes Boulders Beach and its penguins, and Kirstenbosch Botanical Gardens that showcases South Africa's fabulous floral heritage as well as hosting some great concerts among the flowers. Table Mountain is the soul of Cape Town - its emotional heart and touchstone. Many Capetonians escape to the slopes of the mountain on weekends and after work as a regular - well, it's almost a pilgrimage. There are literally hundreds of walks on the mountain. Cape Town is the epicentre of the Cape Floral Region, which is a world heritage site. Another great thing about the Peninsula and its mountains is that Cape Town has virtually two different climates in one city. When the wind is blowing on one side, the beaches should be warm and sheltered on the other - and even when it's raining on one side, you may get bright sunshine on the other.

It's all a kind of yin yang thing - opposites balancing - the dark and light side of the mountain and all that esoteric stuff. And speaking of which - Cape Town is not just a beautiful city with fantastic beaches, a national park, an awesome mountain and beautiful flowers. No - it's also a great city. It's a place where residents and visitors alike work hard and play even harder.

Cape Town accommodation is plentiful and there’s something to suit every budget but it is highly advisable to book ahead, especially over the Christmas season (December to mid-February) and during the Argus Cycle Tour (usually mid-March). The greatest density of Cape Town hotels, boutique hotels, Bed and Breakfasts, guest houses and self catering apartments and holiday villas are situated in the City Bowl area and immediate South Atlantic Seaboard belt, all within a 10 minute drive from Cape Town City Centre and the V&A Waterfront. Highly desirable suburbs like Tamboerskloof and Oranjezicht spill down the slopes of Table Mountain towards Gardens, Cape Town City Centre, De Waterkant and the exclusive Waterfront. From the Waterfront the dazzling Atlantic coastline curves south, fringed by the seaside suburbs of Green Point, Sea Point, Bantry Bay the ultra glamorous suburbs of Clifton and Camps Bay.

Unless you tie on a blindfold and lock yourself in your hotel room, there is absolutely no way you can get bored in Cape Town. There are so many things to do. If you're into shopping, the V&A Waterfront is just one of many shopoholic's dream venues but it stands out as it has so much more - boat trips, the embarkation point for the Robben Island ferry, the Two Oceans Aquarium, loads of interesting historical buildings and some of the city's best hotels with possibly the best views in the world. Cape town offers a whole range of exciting adventure activities, great birding, awesome whale watching, historical buildings, and dozens of museums outlining the city's fascinating history and its many cultures.

An easy day trip from Cape Town, the Winelands offer great scenery, white-washed gabled farmhouses nestling in bright green vineyards, lovely little restaurants, great coffee shops and - of course - wine tasting sales and cellar tours. When the sun goes down you can choose between hundreds of great restaurants and a huge range of funky pubs, vibey clubs and a wide selection of movies, theatre and live music. Cape Town is also home to one of the most outrageous parties in the world. The Mother City Queer Project is a themed costume party in December that is fast becoming one of the most popular gatherings - certainly in South Africa - and possibly the world. And shortly thereafter, the traditional Kaapse Klopse minstrel dancers take over parts of the city streets in a tradition that stretches back hundreds of years to the era when slavery was legal in Cape Town. Don't forget to pack your dancing shoes.

Other areas close to Cape Town you may like to explore include the dramatic West Coast, which offers great birding along the shores of Langebaan Lagoon, Namaqualand, which has even more spectacular spring flowers, and the Overberg, famous for land-based whale watching. It also features lovely flowers in spring. Cape Town is not the best game viewing destination in South Africa, but there is some small game at Cape Point and there are a few game farms a short distance from the city, but they're not really up to the standard of the game reserves further north and east. 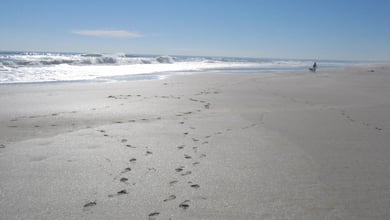 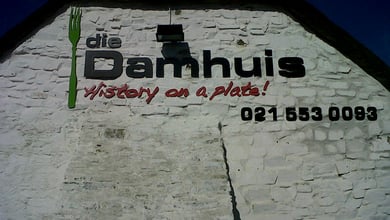 Restaurants in Cape Town
If you're looking to grab a bite, here is a list of places to eat in Cape Town 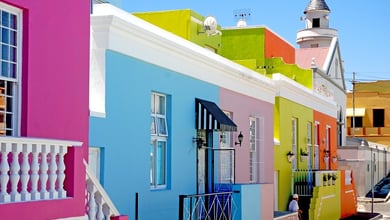 History and Culture of the Cape
Cape Town is the oldest city in South Africa and — many believe — the most culturally aware. (Ok,... 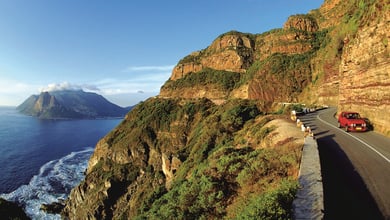 Whale Watching Hot Spots in the Cape
The best area to spot whales in Cape Town is on the warmer False Bay side. Peak season is from... 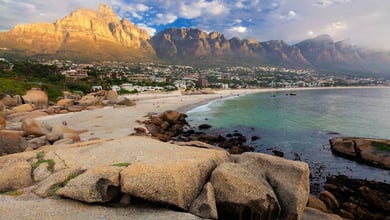