Welcome to SafariNow. Get off your accommodation booking by paying with the voucher code before .
South Africa/Western Cape/Cape Town/Hout Bay/Hout Bay Harbour 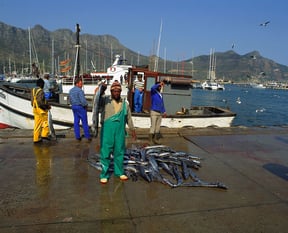 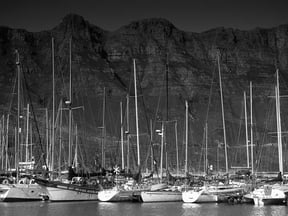 The Hout Bay Harbour is the main attraction in Hout Bay and also one of the busiest harbours in the Western Cape with a thriving tuna, snoek and crayfish industry.

Within the working harbour is the Hout Bay Yacht Club which provides moorings for recreational, fishing and sailing boats alike. Several seafood restaurants are situated within the harbour. Next to the harbour is a long white stretch of beach that is popular with tourists, locals (and their dogs) as well as horse riders.

Things to do in Hout Bay

★★★★★ 1 Review
Sleeps 34 in 17 rooms
Hout Bay Hotel
The Hout Bay Manor is renowned as one of Cape Town’s most graceful landmarks. It offers 16 individually designed en-suite bedrooms and a...
View Deal

★★★★★ 2 Reviews
Sleeps 4 in 2 rooms
Hout Bay Self-catering
Welcome to Chateau Neuf du Cap, a classical French-style home located on the slopes of the beautiful Hout Bay valley at the back of Table...
R2900
Avg per night
View Deal

Sleeps 5 in 2 rooms
Hout Bay Self-catering
This Pondicherry Retreat is situated in the small fishing town of Hout Bay.The house has three bedrooms, two bathrooms and one guest...
R3200
Avg per night
View Deal
See all accommodation near Hout Bay

Click to display the map
Hout Bay Harbour is 1.1km from the centre of Hout Bay , the nearest airport 29.1km (Cape Town International Airport).
*Distances are shown as the crow flies and not necessarily the actual travelling

Other things to do near Hout Bay

Bar or Nightclub in Western Cape
Proud of it's Argentinian influences, Chakkachurri Bar offers an exceptional venue for a night...

Wine Estate in Somerset West
Ridgemor wines dates back to 1670 and is considered one of the oldest wine farms in the area....

Popular Attraction in Western Cape
Come and enjoy the thrilling experience of real-time combat with G-Force Paintball, perfect for...
See all things to do near Hout Bay
WEB4